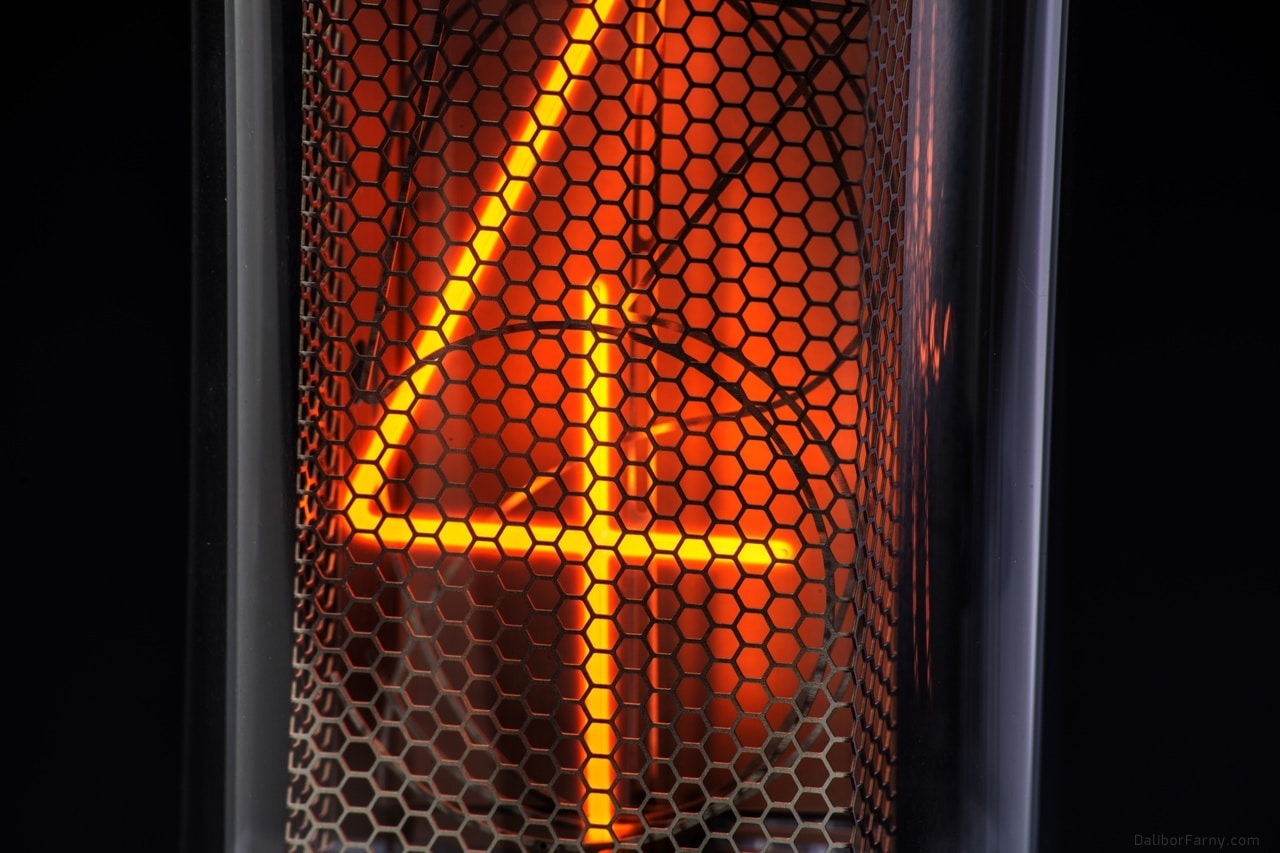 The early Nixie tubes were made by a small vacuum tube manufacturer called Haydu Brothers Laboratories, and introduced in 1955[5] by Burroughs Corporation, who purchased Haydu. The name Nixie was derived by Burroughs from “NIX I”, an abbreviation of “Numeric Indicator eXperimental No. 1”, although this may have been a backronym designed to justify the evocation of the mythical creature with this name. Hundreds of variations of this design were manufactured by many firms, from the 1950s until the 1990s. The Burroughs Corporation introduced “Nixie” and owned the name Nixie as a trademark. Nixie-like displays made by other firms had trademarked names including Digitron, Inditron and Numicator. A proper generic term is cold cathode neon readout tube, though the phrase Nixie tube quickly entered the vernacular as a generic name.

The most common form of Nixie tube has ten cathodes in the shapes of the numerals 0 to 9 (and occasionally a decimal point or two), but there are also types that show various letters, signs and symbols. Because the numbers and other characters are arranged one behind another, each character appears at a different depth, giving Nixie based displays a distinct appearance. A related device is the pixie tube, which uses a stencil mask with numeral-shaped holes instead of shaped cathodes. Some Russian Nixies, e.g. the IN-14, used an upside-down digit 2 as the digit 5, presumably to save manufacturing costs as there is no obvious technical or aesthetic reason.

Each cathode can be made to glow in the characteristic neon red-orange color by applying about 170 volts DC at a few milliamperes between a cathode and the anode. The current limiting is normally implemented as an anode resistor of a few tens of thousands of ohms. Nixies exhibit negative resistance and will maintain their glow at typically 20 V to 30 V below the strike voltage. Some color variation can be observed between types, caused by differences in the gas mixtures used. Longer-life tubes that were manufactured later in the Nixie timeline have mercury added to reduce sputtering[4] resulting in a blue or purple tinge to the emitted light. In some cases, these colors are filtered out by a red or orange filter coating on the glass.

One advantage of the Nixie tube is that its cathodes are typographically designed, shaped for legibility. In most types, they are not placed in numerical sequence from back to front, but arranged so that cathodes in front obscure the lit cathode minimally. One such arrangement is 6 7 5 8 4 3 9 2 0 1 from front (6) to back (1).Russian NH-12A & NH-12B tubes use the number arrangement 1 6 2 7 5 0 4 9 8 3 from back to front, with the 5 being an upside down 2.

The word “Nixie” was formed from the words Numeric Indicator eXerimental No. 1 and first introduced 1954 by Burroughs Corporation from USA as a brand name for numeric displays. Nixie tubes were used until the mid of the 1970’s as displays in measuring devices, calculators, TV sets and the very first computers.

The evolution of modern style display types like Numitron, VFD, Light Emitting Diodes and Liquid Crystal Displays, which have a very low supply voltage (battery power supply) eliminated these Nixie tubes from the market, and they are not produced anymore. In the former USSR Nixie tubes were produced as surplus in vast quantities until the beginning of the 90’s – and from this sources is this tube.

But even these supplies are now running short. And when they’re gone, they’re gone. The tube is taken from “NOS”, what means New Old Stock. They were never used before and spent their first thirty or more years forgotten in some Russian warehouse. The principle of the Nixie tubes is based on a cold cathode discharge and it is used today a million times e.g. in small neon bulbs of illuminated mains power switches.

Payment is easy and secure using our PayPal or Apple Pay checkout.
You do not need a PayPal account to use our checkout, a valid credit card is ok.