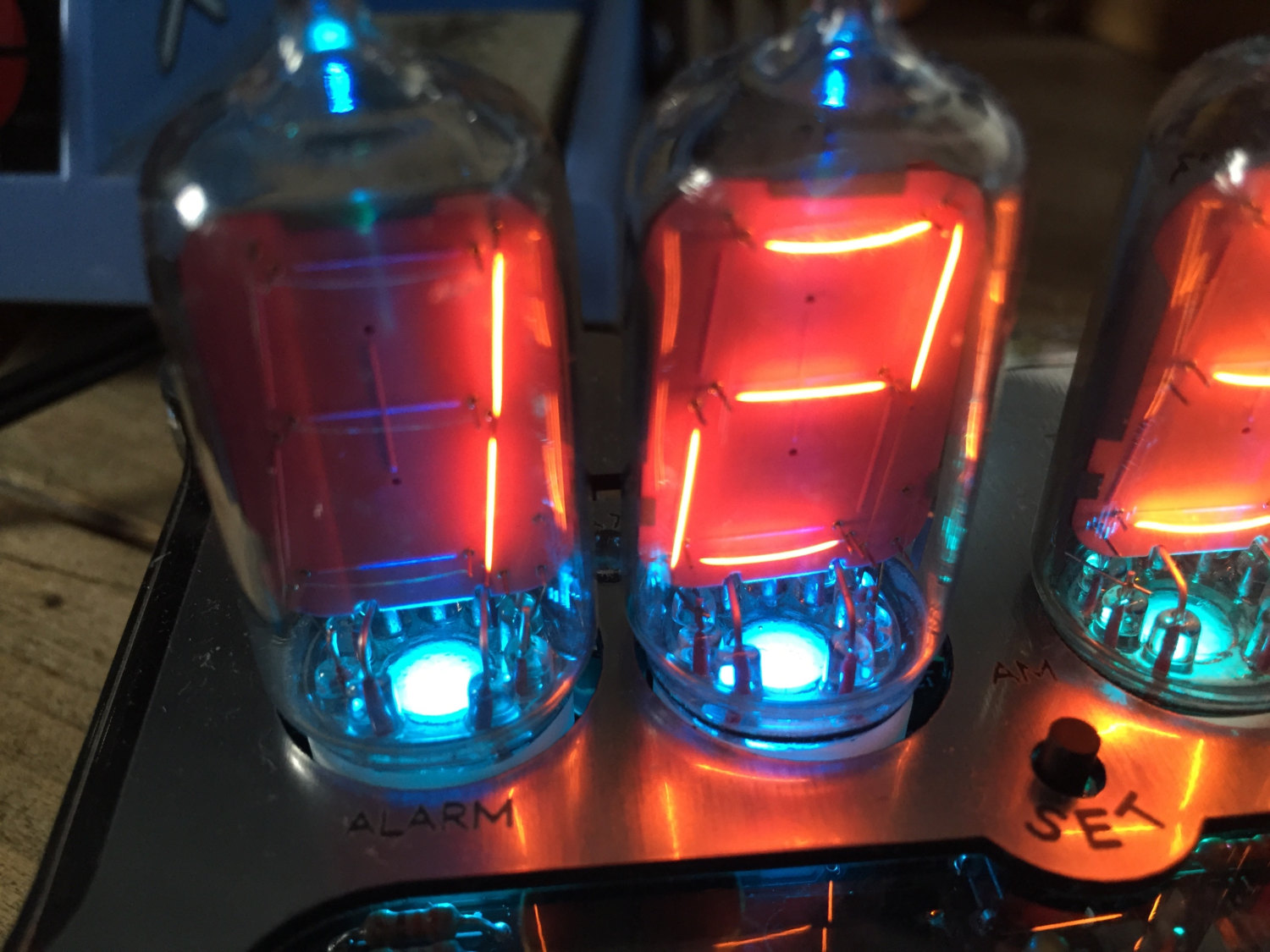 A Numitron utilizes eight filaments for the display, seven for the segments, and one for the decimal point, all of which are enclosed in a typical tube glass body. In effect it can be seen as an eight-way incandescent globe.

The big advantage of using a Numitron as compared to the more popular Nixie tube is that it only requires a very low control voltages of 5VDC as opposed to about 170VDC for the typical Nixie tube or around 5 VAC and more than 20 VDC for the well known green / bluish VFD displays.

Because of these lower voltages a Numitron, such as the smaller IV-9, can be directly driven from the control counter circuits. For this reason there are already a number of Numitron clocks using this smaller IV-9.

However using the much larger IV-13 requires a more complex and powerful driver circuit as each of the eight segments of the IV-13 draws about 32mA of current!

Payment is easy and secure using our PayPal or Apple Pay checkout.
You do not need a PayPal account to use our checkout, a valid credit card is ok.